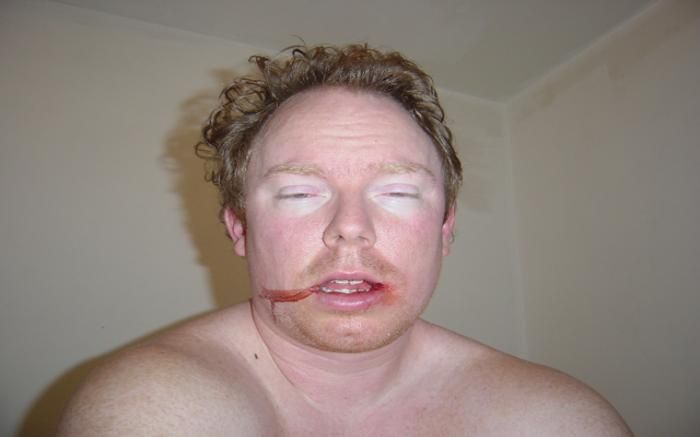 Photo: The Howard Stern Show
Gary brought up the fact that, until recently, Richard hadn’t been to a dentist for more than a decade and that he had to have major work done to his teeth recently because of it. Richard responded that his parents used to make him brush his teeth everyday until he was 10, but that, when he was in high school, he remembered brushing them only three times. Richard added that, up until late last year, his habit was to brush his teeth at night, but now he does it in the morning as well because of the flack he was taking from Robin. Richard also mentioned that, until four months ago, he usually didn’t brushed his teeth on weekends because he likes to treat himself to whatever he wants to eat and do during his time off. After playing the clip of Richard discussing his teeth, Richard noted that he has to have stitches removed from his mouth on Tuesday, and that he still also needs to have the other three wisdom teeth pulled PLUS three root canals and 11 cavities filled.
Previous Show Next Show