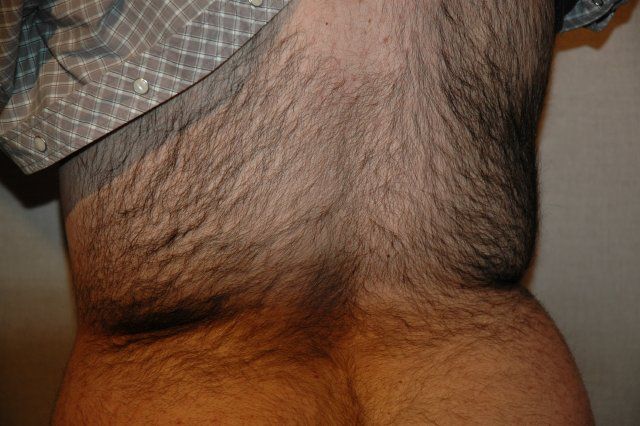 Richard came into the studio and mentioned that he recently purchased Jason’s futon from him and that he had to spend five minutes brushing off all the back hair that was on it. Jason admitted that he felt like “an animal” because of his body hair, pointing out that he “sheds everywhere.” Richard then commented that, as grossed out as he was by Jason’s back hair, he was even more disturbed when found two-foot long hairs in the most unusual places while he was living with Dan the Song Parody Man (who has very long hair). To illustrate his point, Richard said that he once found one of Dan’s hairs in his underwear. However, Richard added that he’s confident the hair made into his underwear because he and Dan used to share a towel, not through any physical activity between the two. Richard commented that’s he’s never seen a hairier back than Jason’s, so he asked him to show Howard. After he saw Jason’s back, Howard replied that, in addition to the fat on it, the hair made it look awful. Howard went on to say that Ronnie the Limo Driver also has a hairy back and that he used to have advertisements for the show shaved into it. Jason then said that he’d be willing to shave the Howard Fist logo into his back if Howard wanted him to do so.