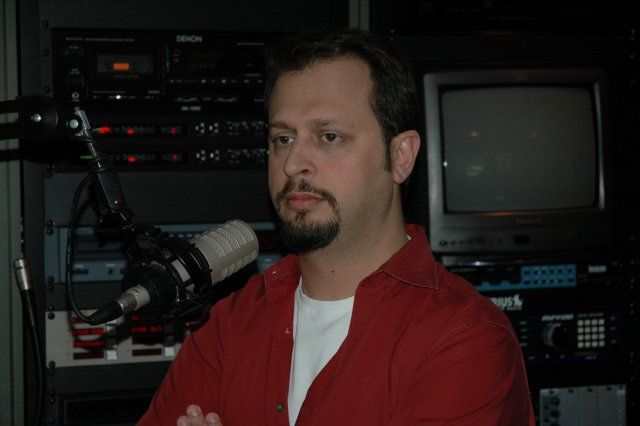 Jon commented that there was a controversy earlier this week after Sal said on the air that his wife, Christine, has unusual rules in regard to their sex life. Gary noted that, during “The Wrap Up Show” that followed that day’s broadcast, Howard stormed into the studio, which made Jon nervous. Gary added that Jon’s reaction was caused by the fact that he had been critical of Howard on “The Wrap Up Show” for running his program until 11:30 a.m. and was scared that he was there to yell at him. However, Gary went on say that wasn’t the case and that Howard stopped by to talk about The Howard 100 News. Gary then explained that The News had called Christine after the show and not only informed her what Sal had said about her, but also that Sal was the one who cut the wires on their SIRIUS system, and that the dog wasn’t responsible for the deed, as Sal had claimed. When Howard brought up those points in the clip from “The Wrap Up Show,” Liz Aiello, the director of The News, called in to defend her staff. Liz told Howard that members of The News were merely doing their jobs by contacting Christine, and that he would have to implement specific rules if he didn’t want further disputes to erupt. After the clip, Sal reported that Christine made one of their sons sleep with them that night so that she didn’t have to talk him. Liz then called in and pointed out that her department didn’t break the news about the cutting of the wires on the SIRIUS system at Sal’s house. Sal responded that he accidentally admitted to his wife that he was responsible for the damaged wire, before saying that Christine’s “slowly coming around” to forgiving him. However, Sal added that Christine wants him to call her in the future before he addresses certain topics on the air.