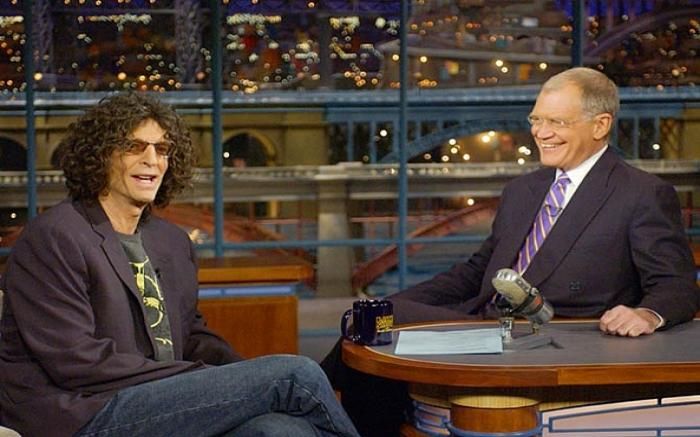 Before Jon played the tape of Howard’s interview with Jay Leno, Gary remembered that it took place during the same week that Howard spoke to Kit from “Knight Rider.” Gary explained that, at that point, Jay was a regular caller to the show, but rarely appeared in the studio because he wasn’t in New York very often. Gary then reported that the interview took place at the poolside of the hotel they were staying at and that Jay pulled up to the pool on his Harley. In the clip, Howard brought up that David Letterman was in town that day because he was going to appear on “The Tonight Show” that night. Because he was friends with Dave at the time, Jay replied that he would have to get in touch with him so they could get together. Jay also said that he had appeared on “Late Night with David Letterman” more than 20 times by then and that he was usually booked on it about every five weeks. Howard then told Jay that he was hoping to get his own television show and proceeded to talk about the ideas he had for it. Following the tape, Gary noted that, at the time, the show was broadcast only in New York, so no one in Los Angeles knew who they were. Jon then commented that Jay was telling jokes during the interview, including one about pictures of missing children that appear on milk cartons, that he’d never tell today.