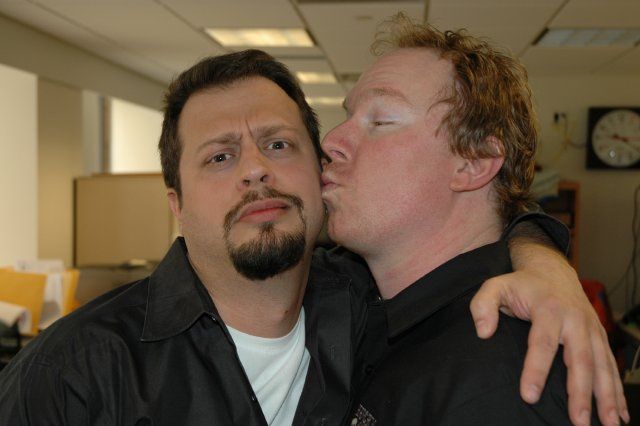 Photo: The Howard Stern Show
Sal mentioned that the first rejected bit this week came from an episode of “The Jack and Rod Show,” which featured a woman who was proud to be fat. During the call, the woman claimed that fat people don’t eat more than average-sized people and that they’re bigger because of their slow metabolism. However, the woman hung up when Richard ended his series of insulting questions by asking her if she’d ever pleasured herself with a turkey leg. Jon responded that the bit wasn’t one of Sal and Richard’s best, but that he thought there were some funny moments. When Sal claimed that he didn’t like the bit all that much, Gary revealed that he wasn’t being truthful, because he pitched different versions of the bit to Howard a number of times. Gary said that he liked the next clip, even though he didn’t know why. In the clip, Sal called the home of a man named John Mehoffer and spoke to his elderly wife. Sal then told the woman that he was friends with John in high school, but that he used to be called Jack back then. After having the woman repeat the name Jack Mehoffer, she gave the phone to her husband, who hung up when he realized Sal had the wrong person.
Previous Show Next Show