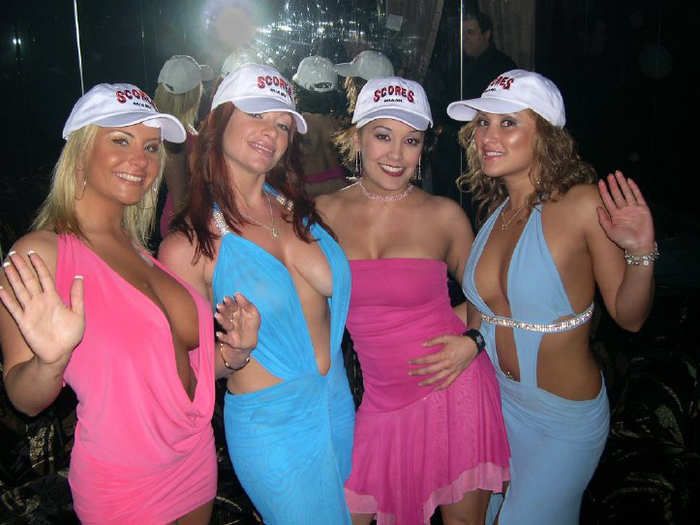 Howard said that he’s been so stressed over his lawsuit lately that he decided to unwind Thursday night and ended up getting drunk at Scores. Howard noted that he and the women he was with got so “sh*t-faced” on vodka that he didn’t even get a lap dance the whole time he was in the club. Howard then commented that he woke up with a major hangover on Friday, but that he had to deal with it because he had to go to the dentist that morning. Howard went on to say that his dentist’s office is located directly on the route of the St. Patrick’s Day Parade that was held on Friday, so he had to deal with a number of “drunken kids” who wanted to take pictures with him. After hearing this, Artie recalled that, when he was young, he was “so totally one of those a’holes,” explaining that he’d get drunk at the parade and go around putting strangers in headlocks.

Howard reported that Beth told him the parachute pants he wore to Scores stunk with scents from the club and that she could barely stand the smell when she put them in the washer. This led Howard to admit that he used to wear thin pants when he went to Scores so that his penis would be “unrestrained” and that he’d be able to “explode” if any of the women made contact with his genitals during a lap dance. When Robin pointed out that she thought wearing such thin pants at Scores might just be considered cheating, Howard admitted she was right.

Ronnie the Limo Driver, who accompanied Howard to Scores, came into the studio and joked that he was still drunk from Thursday. However, Ronnie also said that he was sober enough that night to remember that there were two empty bottles of vodka lying on the floor around Howard’s table and that there was funny money was “all over the place.” Howard replied that he felt better for the first time in weeks when he was at the club, but admitted that he never feels any pain when he’s there.