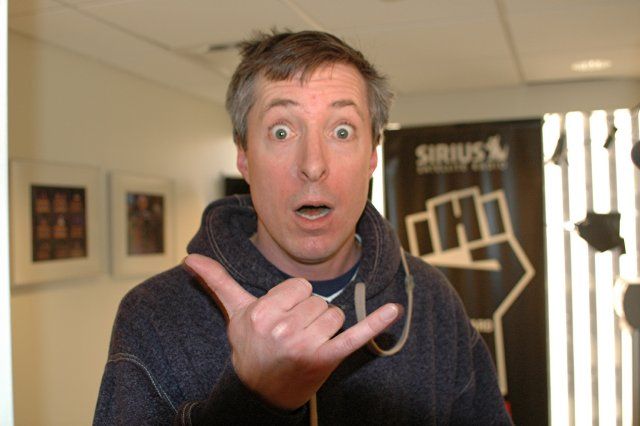 Howard commented that one of his dreams when he decided to come to SIRIUS was to bring with him radio personalities he believes are true talents. Howard then announced that he was recently able to do just that, before reintroducing his newest employee, Scott Ferrall. Howard said that Scott, whose show will air from 8 p.m. to midnight on Howard 101, made him “laugh his ass off” during the week of programs he did last month on Howard 100, so he’s thrilled that Scott’s now a part of the SIRIUS team. Scott assured Howard that, even though he’s had run-ins with many of his former employers, he’ll be on his best behavior at SIRIUS, noting that today was “the greatest day of his broadcasting career.” Scott added that his program will cover all types of stories from across the world and that he’s so excited about the opportunity that he might start drinking again. Scott went on to say that he’s lost weight and sleep since Howard hired him and that he found it extremely difficult to not tell anyone about his new job while his lawyers finalized his deal. Scott also commented that he’s going to be like Moses, because he’ll be bringing all of his fans to SIRIUS with him. After Scott left the studio, Howard admitted that he didn’t understand his brand of humor after his first broadcast during his trial run, but that, once he caught on, he realized what “a unique talent” Scott is. Artie added that, when he lived in Los Angeles, he used to listen to Scott all the time, so he’s been a fan of his for years.