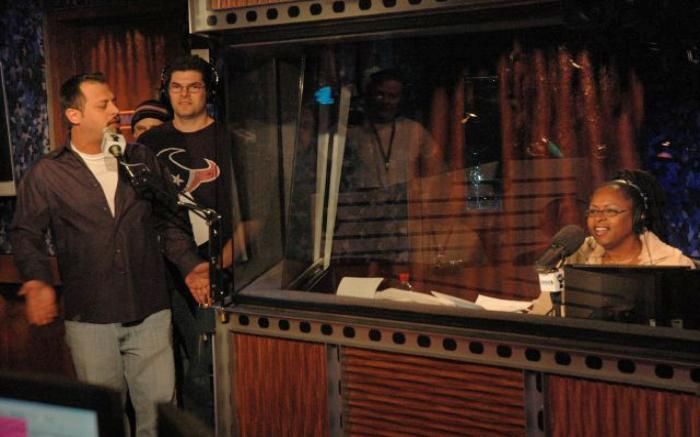 During the news, Robin got on the subject of a party she’s throwing at her house, and she wondered if she should invite Sal.

Fred mentioned that he thought Sal would end up searching through Robin’s belongings if he’s allowed to go and Howard admitted he’d feel like Sal was watching him the entire time.

However, Sal came into the studio and insisted that he’d “shock the world” by behaving himself at the party, but Howard replied that he didn’t believe him. When Sal then pointed out that he didn’t think there was anything wrong with him “making observations” at the event, Robin responded that hearing that made her decision final; Sal won’t be asked to attend.