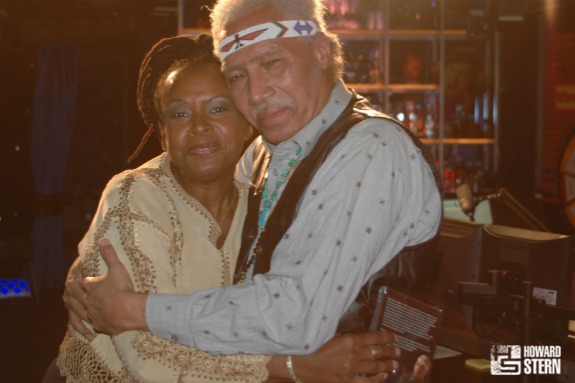 Robin Quivers was a lucky recipient of one of Riley Martin’s symbols Photo: The Howard Stern Show

Today on the Stern Show: Blue Iris visits the studio and becomes the oldest Sybian rider possibly in the world. Plus, Doug Goldstein is a little behind on planning the film festival, Artie was almost a 7-11 spokesman, and Riley Martin goes off on Howard and Robin for trashing their ‘symbols.’