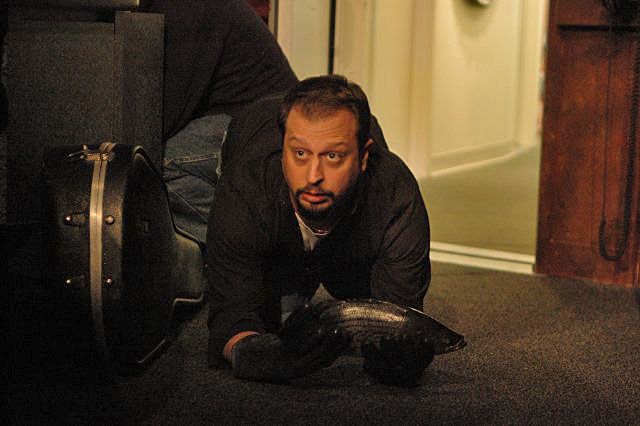 A man named Joel who hired Eric to appear at a party he held earlier this year called in to confront Eric about a problem he was having with him.

Joel explained Eric contacted him on a regular basis after the party in an attempt to borrow $1,500, which Joel admitted he lent him.

Joel added Eric promised to repay the loan in installments, but he hasn’t seen a cent of his money since he gave it to him in January.

As Eric assured Joel he’ll be paying him back once he starts lining up more appearances, Sal came into the studio and began chasing him with the thing he fears the most in life, a fish, which caused Eric to lock himself in the green room.