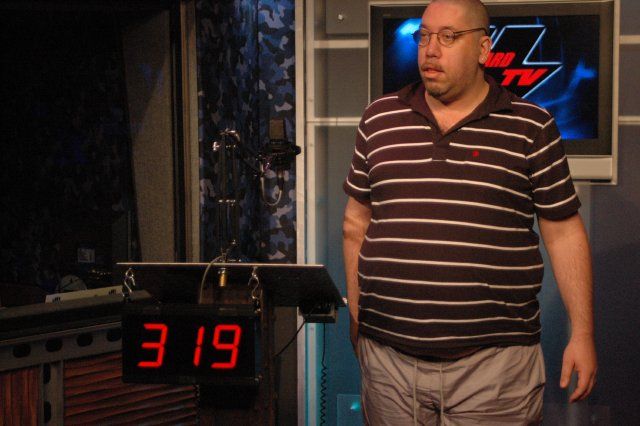 When High Pitch Eric came into the studio, he told Howard his waist size for the tux he’s getting for the film festival is 60. Artie replied Eric is huge, adding, by comparison, he’s a size 42 waist.

Eric insisted, though, he’s been losing weight lately, which Gary said wasn’t true. However, after Eric insisted he weighed 335 pounds and Gary guessed he was closer to 350, Eric got on the studio scale and discovered he weighed only 319 pounds.