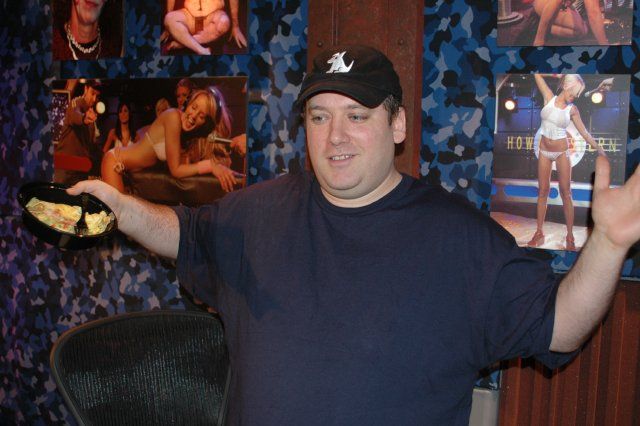 While Howard was waiting for the body fat results, Benjy commented he wasn’t sure if he could actually fight Andrew Dice Clay, but would be willing to try it.

Dice, who was in Gary’s office, then got on the intercom and recommended Benjy “let it go,” before coming back into the studio.

Capt. Janks called in and recalled a time he saw Dice beat up a guy backstage at a music concert, which Dice said really did happen. Dice went on to mention he had forgiven Benjy for the kissing incident, but advised him to not push the issue any further.