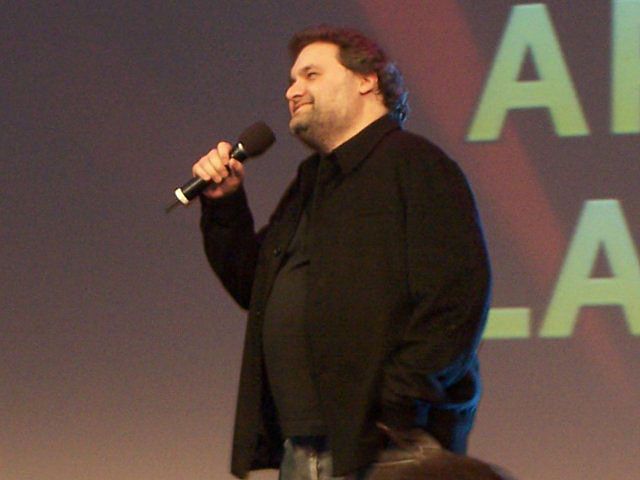 Howard pointed out that he thought Artie was great as the host of the film festival, but wondered why he wore a black t-shirt, corduroys and boots instead of a tux. Artie responded he rented a tux for the event, but, because he didn’t try it on beforehand, discovered too late it wasn’t big enough. Artie added he couldn’t wear his suit to the festival either because it was “crumpled up in the corner” of his closet.