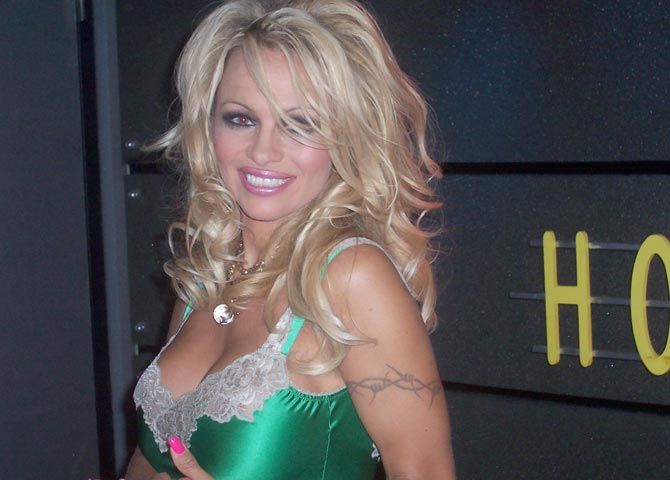 Howard took a call from Terry, a 42 year old man who’s been sending letters to Pam Anderson. Terry admitted he sent Pam “three or four creepy letters,” as well as some that he considered only “borderline creepy.” Terry added he also mailed marijuana to Pam, something he claimed was discussed during her roast. Terry then pointed out he proposed to Pam in one of his letters and suggested they get married in Hawaii and he thought it was more than a coincidence that’s where she and Tommy Lee ended up tying the knot. Terry explained the biggest reason he sent Pam the letters was so he could get an attorney, whom he needs in order to bring a suit against a doctor he alleged caused him physical harm. Terry went on to say he’s given up on trying to contact Pam, even though he asked Howard if he’d give her flowers for him the next time they’re together. Terry also assured Howard he’d pay him back for the flowers if he agreed to go through with his offer. Gary came into the studio and reported he had heard Terry sent the marijuana to Pam in a Twister box, which he acknowledged was true. However, when Terry said the Twister box was mentioned by name during Pam’s roast, Gary pointed out he doubted he’d hear such a comment if he watched a tape of the event.