Still Virginal After All These Years

A New Spin On Horror

A New Spin On Horror 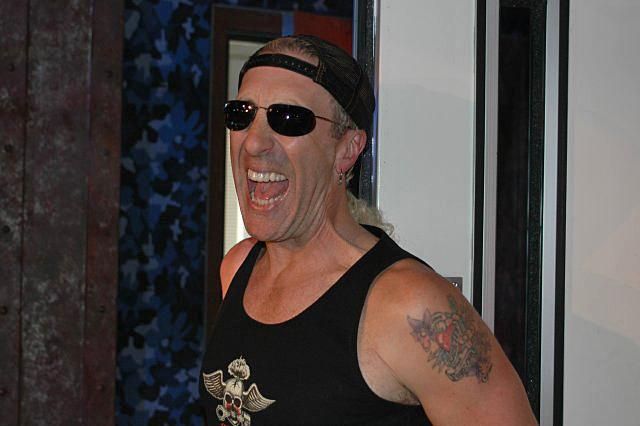 Dee Snider came into the studio to talk about the new show he has coming to SIRIUS Channel 120 next month. Dee explained that his program will be a part of “Fangoria Radio” and will focus on the world of horror movies. Dee added that he’s been a fan of horror films all his life, so he’ll discuss the ones he watched growing up, as well as more recent entries into the genre. Richard, another self-proclaimed horror movie junkie, then came into the studio and commented he was talking to Dee about his show in the green room and was really looking forward to hearing it.

Since Richard was in the studio, Howard played a clip of a message his father left him, in which he mentioned that the family had adopted a new chick they named “Sh*thead.” After Richard acknowledged hearing his dad’s messages remind him of being back home in Kansas, Dee said he was aware of Richard’s band, Iced Earth, but didn’t realize he was in it. This led Richard to claim he never got any women when he drummed for the group, even when they toured Europe. However, Richard added that he wasn’t only very picky when it came to the women he encountered, but that most of the ones he met either looked like men or were heavy, so he wasn’t interested in them from the start. Upon hearing this, Dee remembered that when Twisted Sister used to play in Europe, there were times he would’ve preferred some of the men in the crowd to the women who were there to see the band.