Comedians stop by to do some impressions 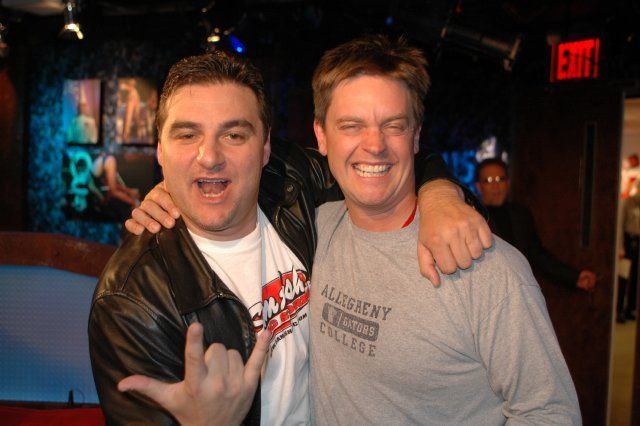 Jim Breuer came into the studio with his special guest, “David Lee Roth,” who reported he’s “doing something new to an old medium,” explaining he now has a radio program that he broadcasts on his CB radio. After playing some clips from the program, “David” mentioned he does the show as long as he wants each day, and that he attracted three listeners yesterday alone. When Howard announced “David” was actually the comedian, Billy Mira, he launched into his impressions of Ozzy Osbourne and Vince Neil. This led Jim to start doing his Joe Pesci impression, which he performed for the first time on “Saturday Night Live” when a “stoner intern” suggested he do so.

With Artie’s help, Jim then recited Joe’s “How am I funny?” scene from “Goodfellas.”After discussing a minor “issue” he once had with Chris Rock, Jim mentioned he enjoys the show he does on SIRIUS’ Raw Dog channel, while also saying he gets e-mail from people who mention they subscribed to SIRIUS because of Howard and discovered him when not listening to Howard. Howard responded by pointing out even though Jim isn’t on his channels, he still considers him, and everyone else on SIRIUS, to be a part of the same team, since they all work for the same company.

Jim mentioned that he has planned the last scheduled performance of “Comedy Covers.” Jim noted the event will have comedians performing their favorite bits from other comedians and that Artie will take part once again, as he’s done in the past. Jim also said he’s hosting a heavy metal karaoke program next month on Raw Dog, which will feature him and his co-hosts singing, as well as a live band that will try to “metal up” songs that don’t fall into the heavy metal genre.