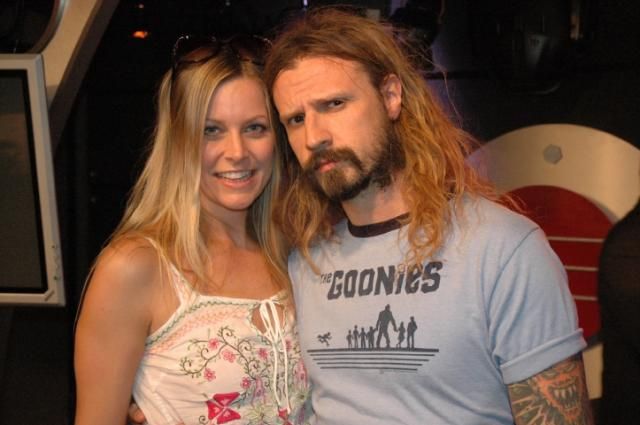 Rob commented that he thinks his newest album, “Educated Horses,” is his best one yet, which led Howard to wonder if he listens to current bands for inspiration. Rob told Howard he doesn’t know much about current bands and if he ever needs to get motivated, he turns to the bands that influenced him in the 1970s. Rob went on to say he and his wife, Sheri, have been together for 13 years and they have no prenup. When Howard asked Rob if he was concerned about losing his money if he and Sheri ever divorced, he responded he has so much of it that even if he lost half, he’d still have too much to spend on his own.

Richard came into the studio and announced that Rob threw Bullet For My Valentine off a tour recently and he asked why that happened. Rob explained he thought everything on the tour was going well, but discovered members of Valentine were writing on their blogs that they weren’t happy with the amount of money they were being paid for playing. Rob added he asked them to leave the tour if that was how they felt, a decision he admitted was difficult to make because he was good friends with the band’s manager.

After Rob mentioned that he has a good relationship with his parents, Howard took a call from a listener who thanked Rob for his music. The caller went on to mention a guy he knew owed him $200, and it wasn’t until he put on Rob’s music that he got enough adrenalin to beat him up in order to get his money. Rob responded he never thought he was involved in any charitable work, but he’d have to reconsider that belief upon hearing the caller’s story.