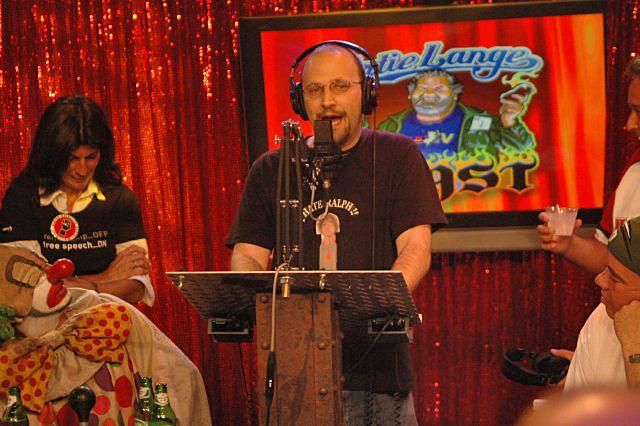 Shuli’s first joke – which involved telling Colin Quinn that his show, “Tough Crowd,” was so bad that even the people who got paid to work on it didn’t want to be there – got no response from the audience, so Howard reminded the comedians that he wanted to keep the pace moving by clapping his hands quickly. When Shuli went on to say he was on a plane recently and three people walked out after “The Bachelor” was shown for the in-flight movie, Artie pointed out he found that joke funny “when the Three Wise Men told it to Jesus.”

Shuli then mentioned “Beer League” opens on Sept. 18, but Artie interrupted him to say that the film would actually be released on Sept. 15. Shuli responded by apologizing to Artie, adding that Sept. 18 must be the day “Beer League” closes, which got the crowd back on his side. Shuli closed his set by saying Artie had modeled his career after John Belushi, but that he doesn’t see many similarities between the two, seeing as John “had one good movie and knew when to die.”