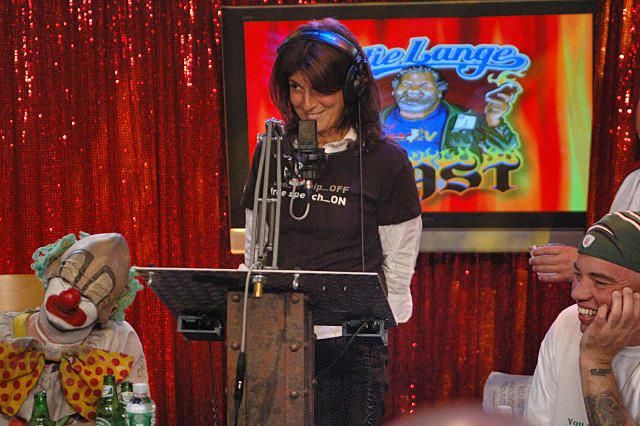 Mariann from Brooklyn noted that if Artie hadn’t called her “a cunt” on the air recently she wouldn’t have been given the chance to roast him, before pointing out that “the last time he was in a woman was when he came out of her head first.” Mariann next said Artie always made fun of Jeff the Drunk’s relationship with his mother while she was alive, but that she didn’t think he was right in doing so, noting that “not everyone had the ability to breastfeed themselves, you asshole.” After Mariann finished her set by telling Artie she couldn’t tell him that he should kill himself because he might actually do it, Colin Quinn acknowledged he’d have sex with Mariann if she was willing.