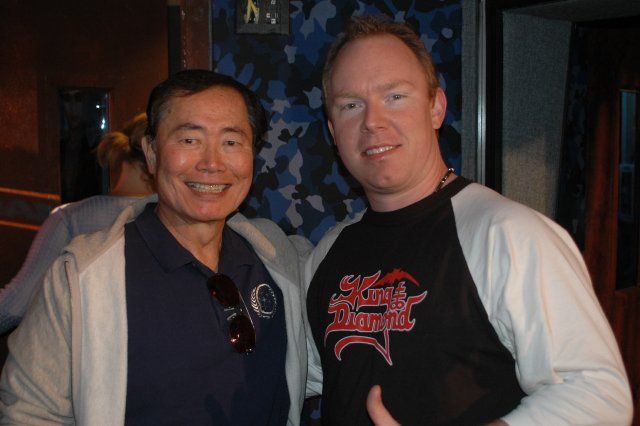 The show started with George Takei announcing that he will be the grand marshal for this month’s Gay Pride Parade in Chicago and that Brad, his partner, suggested that he invite Artie to the festivities. However, Artie told George he’d have to “check his calendar,” before claiming he already has plans for the day. After George informed Artie that “Chicago will be disappointed” in his absence, Howard played clips of George’s spliced voice saying a variety of outrageous things about Adolf Hitler, Osama Bin Laden and Jennifer Aniston. Following the clips, a laughing George told Howard he won’t be able to “utter a sound” on the program anymore because of what Richard and Sal do with what he says.