Howard Has Dinner With the Jokeman 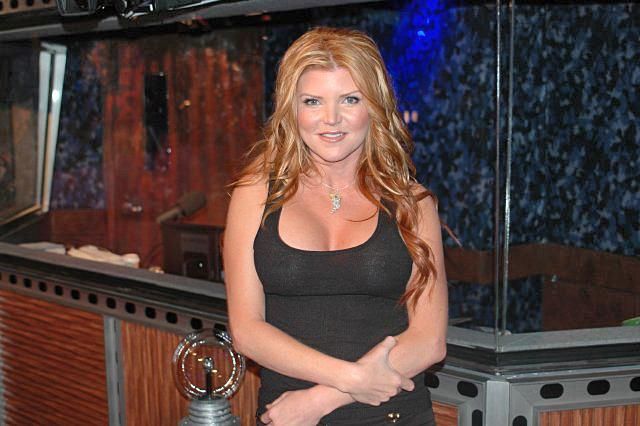 Tiffany Granath, the host of “The Afternoon Advice Show” on Playboy Radio, came in to talk about her sex-advice show on the channel. Tiffany told Howard she was just “a normal girl” before she landed her spot on “Night Calls,” which aired on Playboy’s television station. Tiffany went on to say she’s become better at giving oral sex over time, and she attributes it to her practice of using both her hand and her mouth when performing. As Tiffany described her technique further, Howard pointed out he’s been with three famous women who were so good at oral sex that he “finished” within seconds of them starting.

Before she auditioned for Playboy, Tiffany noted she was a professional dancer – not a stripper – and she backed up Better Midler during some of her tours. Tiffany then said she worked at go-go clubs as well, and it was this job that caused her to get breast implants. Tiffany went on to admit that she’s 38 and married, which Howard acknowledged were two facts about her he didn’t want to know. Tiffany told Howard that she wants to have kids, but she’s nervous about it because she doesn’t want her sex life to suffer for it, as she noted many of her callers suggest happens.

Howard brought up that Tiffany used to be roommates with Ryan Seacrest when they were trying to make it in Hollywood, but that they supposedly never slept with each other. Tiffany told Howard that was true, adding she was “a whore” at the time because she was having sex with a man who gave her money for clothes and cars.

Tiffany also noted, though, that the man still paid her way for a year even after she stopped sleeping with him, so she wasn’t technically “a whore.” Tiffany admitted she and Ryan made out a few times and slept in the same bed together, but their physical relationship never went further than that. Once she thought about it, though, Tiffany acknowledged she found it “weird” that Ryan never tried to have sex with her, but added she didn’t care because all she needed at the time was someone to physically be by her side at night.

After Tiffany next claimed she couldn’t remember Ryan ever being with a women when they were roommates, Artie advised her “to do the math.” However, Tiffany responded that she never saw Ryan with any men when they lived together either, so she didn’t think he was gay. In fact, Tiffany said she thinks Ryan’s just “metrosexual” and “very picky” when it comes to his partners.

Tiffany reported her job at SIRIUS is going well, largely because of all the strange calls she gets on the air. Tiffany went on to say she’s been married for a year, and her husband played for the Ottawa Senators this past season. Tiffany then claimed both she and her husband used to be cheaters, but they now follow an unwritten code they have to be faithful. Upon hearing that, Artie pointed out he was glad to hear that Tiffany was accepting the fact that her husband cheats on her.