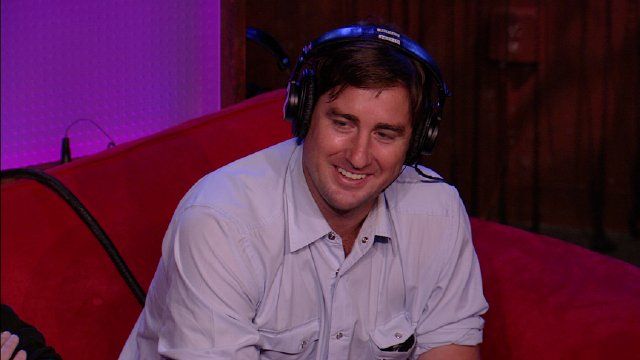 Howard brought up that Luke dated Drew Barrymore and Gwyneth Paltrow, and he wanted to know how the relationships ended. Luke responded by admitting he employs a scheme that causes women to leave him, which includes first “running the relationships into the ground,” and then acting “surly” so the women can no longer stand him. After Luke mentioned his scheme was the reason both Drew and Gwyneth left him, Evil Dave asked Luke if he was circumcised, which he said he was.

Howard congratulated Ivan on the success of his son, Jason’s, directorial debut, “Thank You for Smoking.” Howard then said he decided to give Jason a shot at directing years ago when he offered him the chance to direct some episodes of “Son of the Beach,” but he turned down the offer.

Luke said he’s been dating a woman for a year-and-a-half, but they’ve been having difficulties as of late because of his schedule. Luke went on to note his girlfriend “works at a store” in Los Angeles, and insisted he never cheated on her.