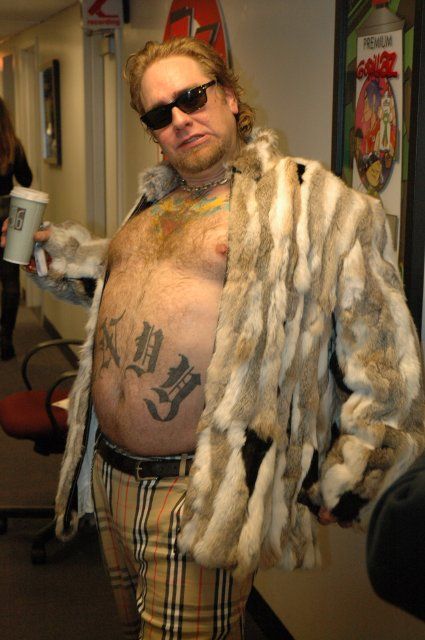 Photo: The Howard Stern Show
When the topic of Cabbie came up, Gary reported Cabbie didn’t want the Howard 100 News covering his release from prison yesterday because of the “circus” atmosphere its presence would’ve caused, and instead promised he’d simply come to the studio to surprise Howard. However, Gary added since Cabbie didn’t call him when he was supposed to do so, he figured he wasn’t going to show up, only to receive a call at 10:30 to find out he was in the SIRIUS lobby. Gary went on to say he planned on going through with the original idea of bringing Cabbie into the studio as a surprise guest, but the idea was scrapped after Penny Crone told Howard he was there while she was in the studio talking about the day’s newscasts. Jon then got to a clip of Howard talking last month about how he was afraid to handle letters Cabbie sent him from jail because he didn’t know what materials had touched the pieces of paper on which the letters were written. Given this, Howard admitted he often shredded the letters Cabbie sent him without reading them beforehand. Following the tape, Ralph pointed out Cabbie had meetings yesterday about a job with both Tom Chiusano from Free FM and Tim Sabean from SIRIUS, but Gary said he didn’t have any information as to how they went.
Previous Show Next Show