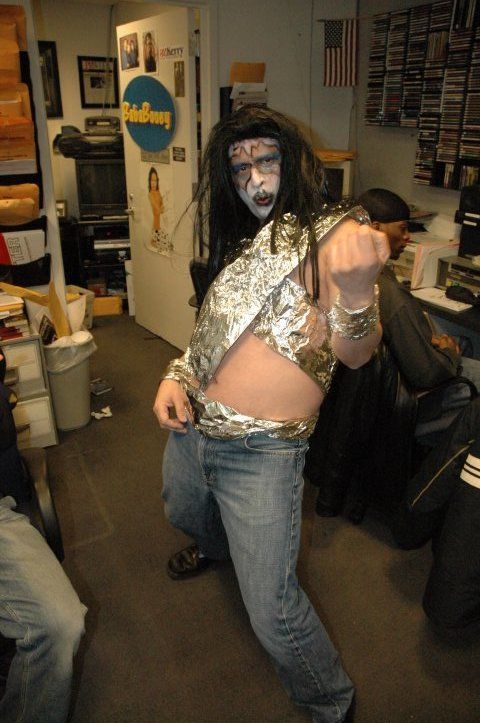 Howard read some e-mails, one of which criticized Artie for making fun of the Tour de France earlier this week, while two other writers praised Sal’s story yesterday about how he got kicked out of a KISS concert by Gene Simmons himself for making faces at him from the crowd. However, not all the emails about Sal were positive and Howard read one recommending Sal no longer confront guests the way he did yesterday with Gene. Howard also read e-mails from listeners who said they wanted to hear the replay of the September 11th, 2001 show in its entirety, although he wasn’t sure how he wanted to present it yet. After reading the messages, though, Howard acknowledged he’d consider playing the program in full to mark the five-year anniversary of the attacks next month. Howard went on to read mail from people who thought Robin was “flaunting” her money with her latest interest, which she revealed yesterday was racecar driving. Howard next got to remarks people made about Gene’s treatment of Lisa G. yesterday on “The Wrap Up Show” after he allegedly stuck a dollar bill down her shirt while she was interviewing him. While Artie felt Lisa was upset with Gene for touching her, Gary came into the studio and announced Lisa’s real problem with Gene was that he wouldn’t answer her “hard-hitting” questions.