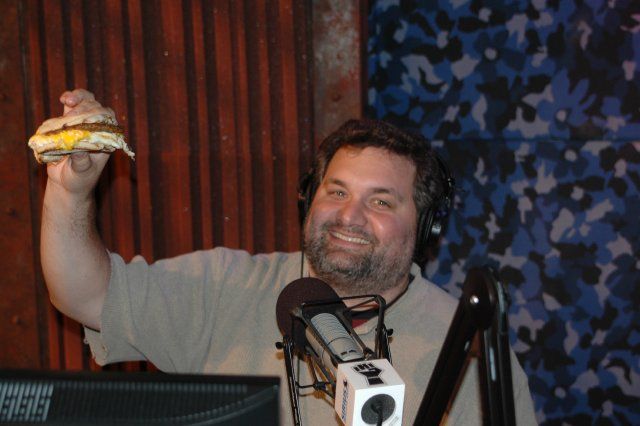 Photo: The Howard Stern Show
Howard brought up how he’s been talking about the pain he has been experiencing lately in his lower region whenever he stood up, and people have been recommending he get antibiotics for it. However, Howard said he knew that wasn’t necessary, and all he had to do was “tighten” his diet and “go into rest mode,” which he added he did. As Howard was discussing how healthy he has been eating since his vacation three weeks ago, Artie showed him the sausage, cheese and egg sandwich he was consuming, a sandwich he described as “stunning.” Following the interruption, Howard said the point of him bringing up this topic was he was feeling 100 percent healthy again, and he attributed it to his willingness to change his diet and his refusal to take medication to alleviate problem.
Previous Show Next Show