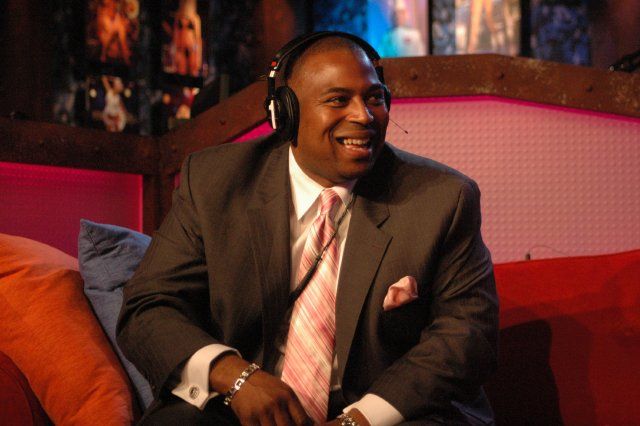 Photo: The Howard Stern Show
A caller wanted to know what King thought about Gary’s comment a few weeks ago, when he said black women were more forgiving when their spouses cheated on them than women of other ethnicities. King responded while he didn’t consider Gary a racist, he mentioned the black women he knew would “cut the d*cks off” of their men if they caught them cheating. King proceeded to say he likes when his wife urinates on him, noting he buys a special plastic sheet to spread on the bed whenever he wants to engage in the practice. Although King acknowledged some of his wife’s urine rolls off the sheet and falls to the floor, he also pointed out he has a hose he uses to wash off the sheet after his wife relievers herself on him. Despite his excitement for the fetish, King admitted he “didn’t like liking” having his wife urinate on him as much as he did.
Previous Show Next Show