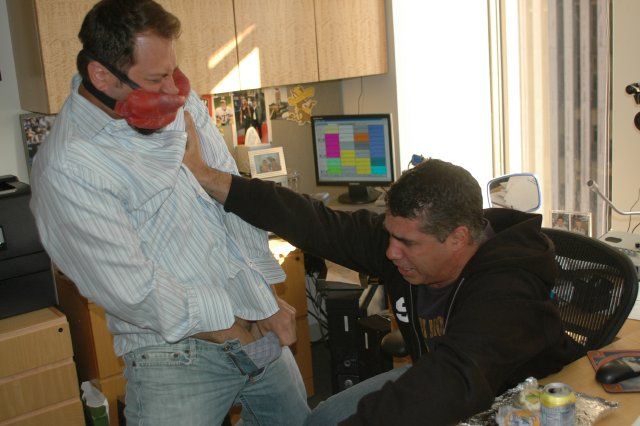 Howard read an e-mail praising the prank call Evil David Letterman made recently to an adoption agency, and asked Gary if he should play the clip. While Gary was replying to Howard, Sal began dancing next to him to the Baba Booey song Fred was playing. Sal went on to take out his penis during his dance, which caused Gary to note he felt he had “a lawsuit on his hands.”