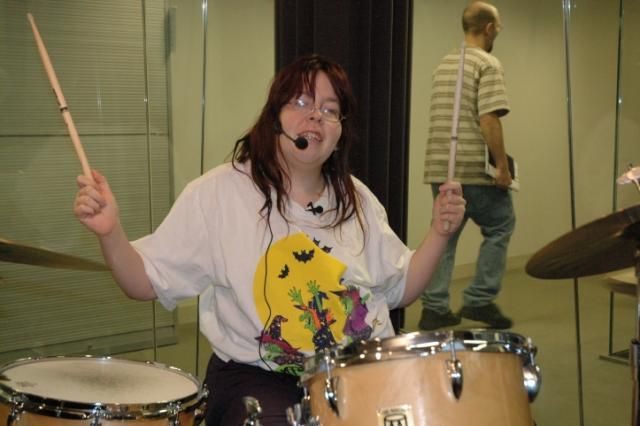 Photo: The Howard Stern Show
Wendy the Retard called in to call a guy named Ross David “a p*ssy.” Since no one was sure who Ross was, Gary commented he didn’t want to know what Wendy meant. Wendy went on to say she had spent the night drinking “30 peach fuzz naturals” and eating a stuffed-crust pizza “with everything on it” from Pizza Hut. Wendy then requested Jon play “Every Homo,” which Richard then played for her, complete with Wendy’s accompaniment.
Previous Show Next Show