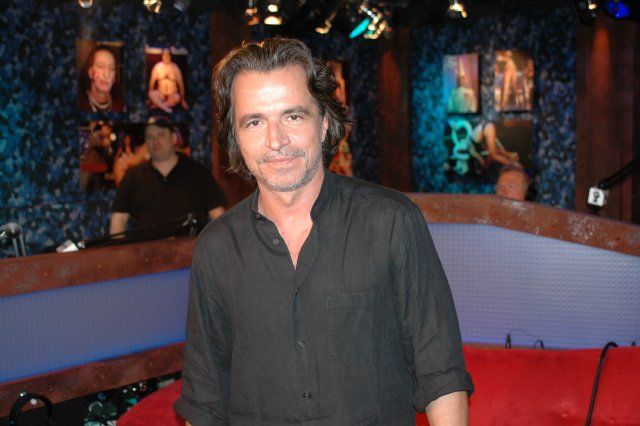 When, Yanni came into the studio, Howard brought up his relationship with Linda Evans helped his career because she brought him with her during one of her appearances on “Oprah,” and he admitted it was true. Howard then mentioned one of Linda’s friends, a psychic who claimed she could channel a warrior named Ramtha, was constantly with her, but Yanni said her presence wasn’t as constant as Howard made it out to be. Yanni went on to recall Linda was a fan of his music, and that was how he was introduced to her, before referring to her “a great girl.”

Yanni claimed he wasn’t in competition with John Tesh, even though he admitted they both write music for some of the same events, including the Olympics. Yanni also mentioned he was wealthy, and, when he tours, he takes a private jet to his concerts. Yanni reported he grew up in Greece, and lost his virginity in “a whore house” when he was 14. Yanni then said the prostitute who deflowered him knew he was young, and the experience didn’t go well, particularly because he felt the woman in question looked like his aunt.

As Howard was saying goodbye to Yanni, he told him Robin didn’t want him on as a guest, but she insisted that wasn’t the case. However, Robin did add she was surprised by Yanni’s booking, but encouraged him by mentioning her boyfriend, Mr. X, once took her to one of his concerts.