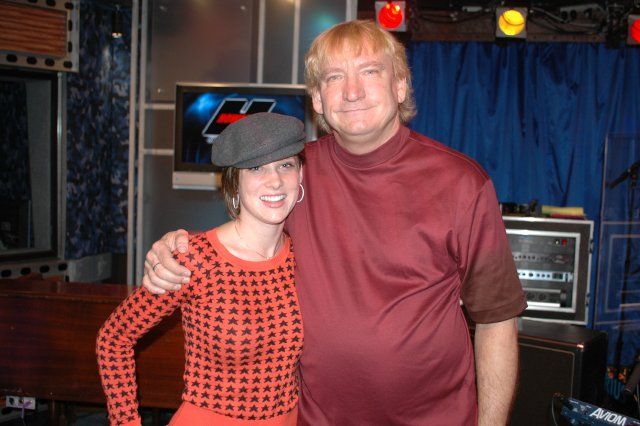 Photo: The Howard Stern Show
When Howard mentioned Joe’s daughter, Lucy, was a musician, she came into the studio to report she had a CD of her own coming out next spring. Lucy added that her father was the one who got her “in the door” with her record company, but her talent was the reason she was able to make an album. Lucy went on to note she learned a great deal about the music industry from Joe, and that they were closer than they’d ever been. Lucy then told Howard she used to play keyboards for Ashlee Simpson, and was at the infamous Orange Bowl performance Ahslee did when the crowd of 70,000 booed her.
Previous Show Next Show