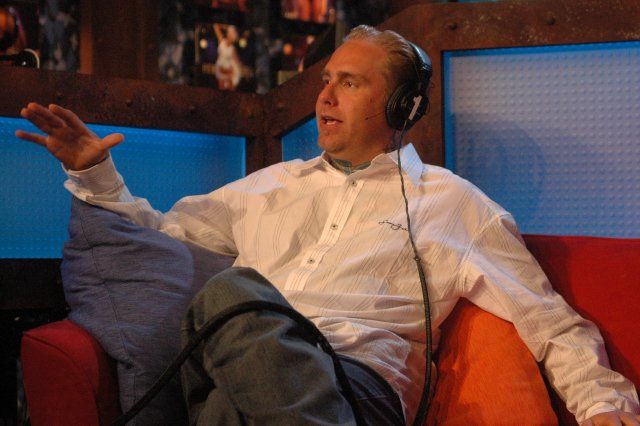 Photo: The Howard Stern Show
After playing the massage parlor story Artie told last week, Jon played a clip of Cabbie from two weeks ago. In the tape, Gary reminded Cabbie that he once admitted to having sex with a man, yet he continued to claim that this didn’t make him gay. Cabbie continued to defend himself, pointing out that girls who experimented with girls weren’t considered lesbians, so he felt the same standards should be applied to men. However, nobody in the studio shared Cabbie’s point of view.
Previous Show Next Show