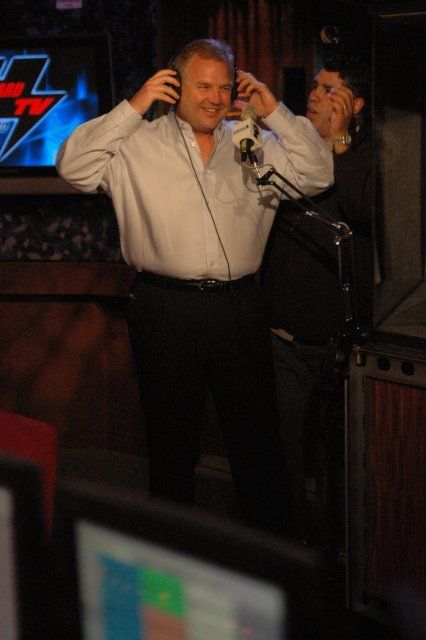 Photo: The Howard Stern Show
Because the topic of a meeting Tim Sabean was holding this afternoon came up, Artie pointed out he thought Tim looked like “a snowman in a suit,” which led Howard to say Tim had put on weight since the show started in January. Tim then came into the studio upon Artie’s request to see the way he buttoned his suit due to his weight, and admitted he put on “the freshman 15” since January. Tim added he worked so much he didn’t have time to go to the gym, but planned on changing that in the near future.
Previous Show Next Show