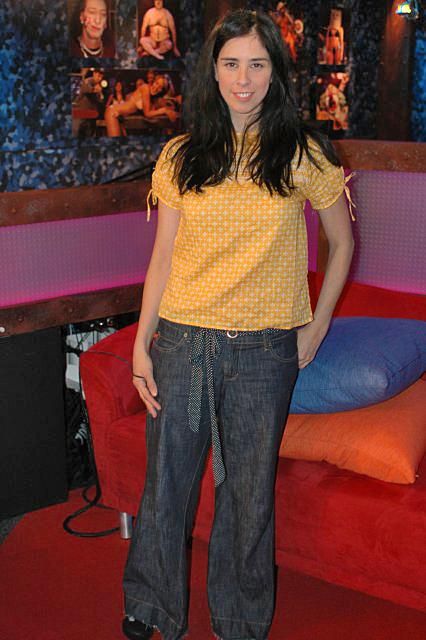 When Sarah Silverman came into the studio, she said she thought the Sybian would’ve been left out for her and asked if she could sit on it in a non-sexual way. Gary then brought the machine back out, but Sarah insisted she couldn’t sit on it, and that she had just been joking when she requested it.

Sarah went on to say she was promoting an appearance she was making tomorrow night at a new comedy club in the city called Comix. After Sarah and Artie talked about why they thought comedy club owners feel the need to give their establishments funny names, Artie said he was thinking about opening a club of his own in Hoboken called “Ho-jokin’.”

Howard asked Sarah if Jimmy was good in bed, and was surprised to find out she thought he was. Sarah commented Jimmy was “resourceful and thoughtful” which she added made her feel like he cared about her when they were intimate. Sarah reported that she wasn’t “a stoner,” but admitted she sometimes either smokes marijuana or eats pot brownies in social settings when everyone around her is drinking. Sarah then said her father asked her to leave college before her sophomore year, which she did, because she was pursuing her stand-up career at the time as well, and that he offered to pay her rent for three years instead of her education.