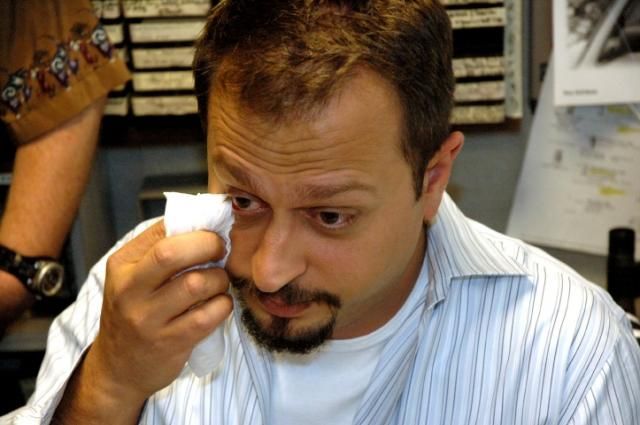 Photo: The Howard Stern Show
After a tape of the apology a sobbing Sal the Stockbroker offered to the SuperFan RoundTable’s, Mutt on Wednesday’s show, Jon got to a clip from 1990 of Jackie doing the same thing. Gary introduced the clip by explaining Jackie’s wife, Nancy, was mad at Jackie for his flirtatious behavior with Jessica Hahn when the show was broadcasting in Philadelphia, and, because of that, demanded he apologize to her on the air. During the clip, Jackie said he was sorry for embarrassing Nancy right as the show started at 6 a.m., which caught both Howard and Robin by surprise. When the tape was done, Gary remembered Jackie was never more serious, adding he resembled a man who had just “been yelled at all night.”
Previous Show Next Show