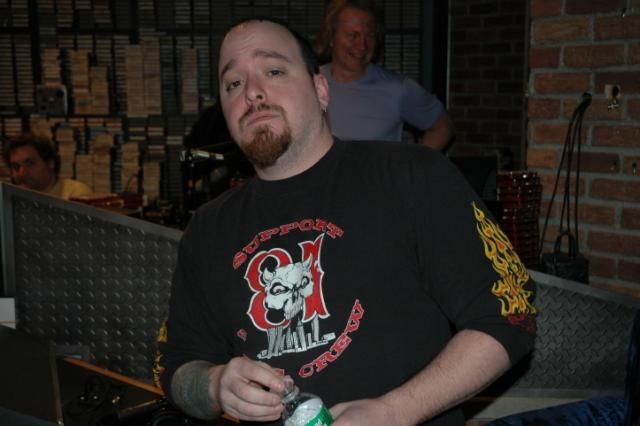 Photo: The Howard Stern Show
Jon Hein kicked off this week’s edition of “The Friday Show” with a clip from 1995 of Steve Grillo, a former intern, reading the dedication in Howard’s first book, “Private Parts.” As a set up, Gary remembered Steve applied for the intern position by handwriting his letter, which contained a number of spelling errors, on a piece of paper ripped-out of a notebook. Gary added that, because KROCK couldn’t pay interns, he thought Steve’s letter seemed so desperate that he wouldn’t complain about working for free. In the clip, Steve had a difficult time reading the dedication, which was made to him and the other interns, mispronouncing the word “debt” and being what Howard called “incoherent.” When the tape was done, Gary reported Grillo had two main jobs at KROCK: cooking Howard’s breakfast every morning and making sure the elevator was ready for him each day. Jason then came into the studio and reported that Steve agreed to be the official movie reviewer for Howard’s channels, even though none of his contract demands were met.
Previous Show Next Show