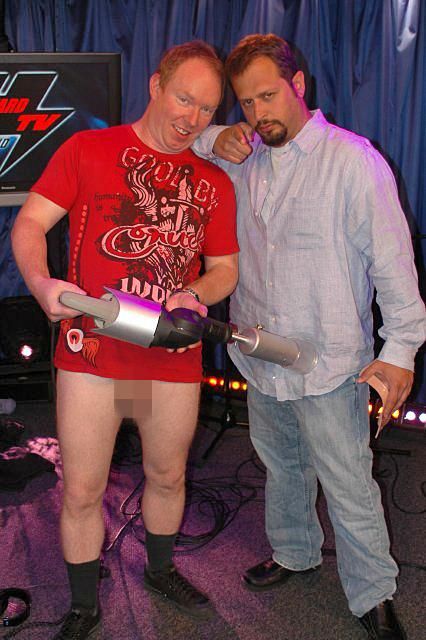 Photo: The Howard Stern Show
Richard and Sal’s Rejected Bit this week was of High Pitch Eric calling into a adult video store asking for specific titles of gay films. When the tape was done, Gary said he thought the bit was funny, while Ralph called it “amusing,” although he added he felt it would’ve been better had it been shorter.
Previous Show Next Show