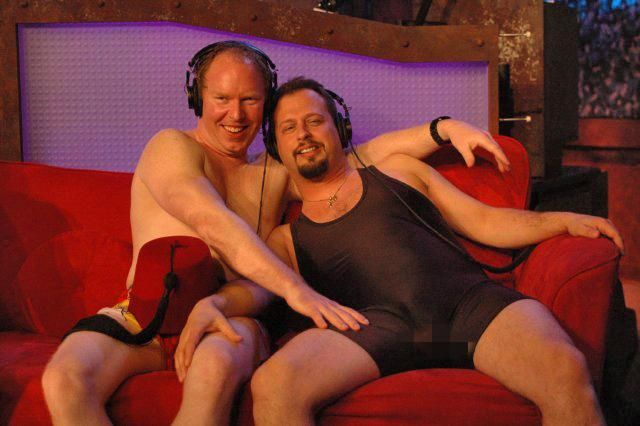 Howard played a voicemail Sal Governale left Richard Christy of him suggesting that they challenge two of today’s guests, Steve-O and Bam Margera of “Jackass” fame, to a match of “cock-to-mouth gay chicken.”

Sal then explained the game would feature Richard and Steve-O on their knees while he and Bam slowly approached them with their penises out until one of them backed out. However, Howard reported that, amazingly, Richard refused to go through with the bit … unless Sal was the one on his knees. Howard went on to play clips of Richard and Sal calling the public access show, “Talkin’ Yankees,” which is hosted by Jonah Falcon. In the segments, Richard talked about how there were “worms in his stool” and Sal discussed the weather. Because of the number of calls he was getting from Richard and Sal, Jonah warned them he had their numbers, and would get in touch with them after the show to recommend “a good psychiatrist” for them.