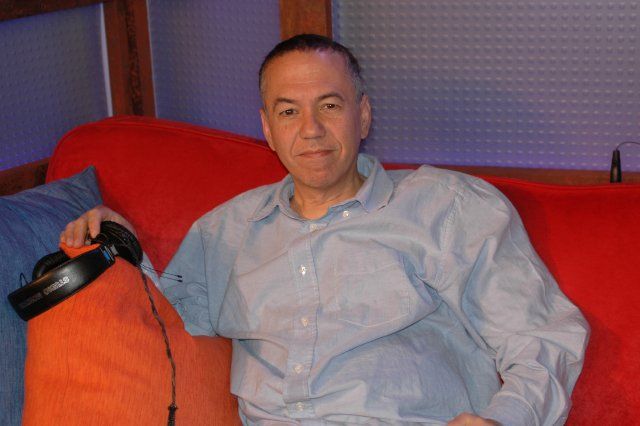 Gilbert noted that he and his girlfriend were still together, but that he “avoided all talk of marriage” with her. After Howard said he couldn’t picture Gilbert pleasing his girlfriend sexually, he admitted he wasn’t a fan of performing oral sex on women in general. Gilbert went on to say he looked best “in complete darkness,” adding he didn’t even care about having enough light in the room to see his girlfriend naked. Howard also mentioned that Gilbert had been spotted walking around the city with a baby carriage, and he said he sometimes takes his nephew for walks in a stroller. Although Gilbert commented that he loved his nephew, he said he had no plans of having kids of his own.

Gilbert said he hated the time he spent on “Saturday Night Live,” and, unlike such co-stars as Eddie Murphy and Joe Piscopo, he wasn’t known for any characters on the show. Gilbert went on to say he wasn’t included in any of the sketches during one broadcast, and, in another, he only played a dead body. Gilbert added he blamed his career on the fact that it was difficult for “Jews to make it in Hollywood.” Gilbert did say, though, that he recently participated in a reality show, which he said featured celebrities visiting the basement of a former insane asylum, a job he admitted he tried to back out of right before the show taped.

Gary mentioned Gilbert was selling a book on his Website, and that, within the past year, the price for an autographed version of it increased from $26 to $30. Gilbert responded by saying he couldn’t explain the price increase, although he blamed Artie for advising him to raise the price.