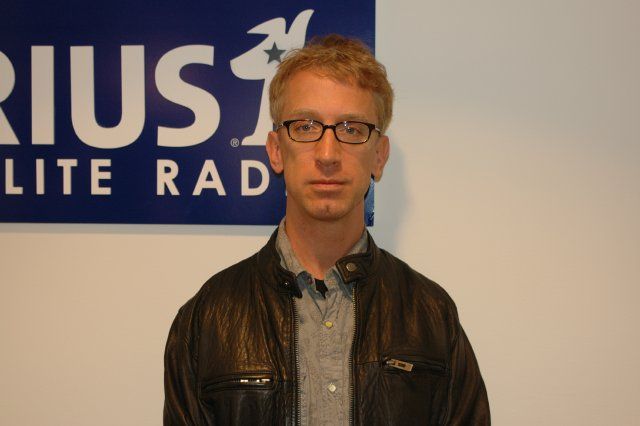 When Andy Dick came into the studio to his song, “Little Brown Ring,” he noted he could tell this morning would be a different interview from his visits to KROCK, and Howard agreed. Howard then played a clip from last night’s “Late Show with David Letterman,” where Andy tried to talk about the show he did on Howard 101, but Dave cut him off. Following the clip, Andy said Dave knew the name of his show was “The Shit Show,” so he guessed that was why he didn’t want to talk about it on the air. 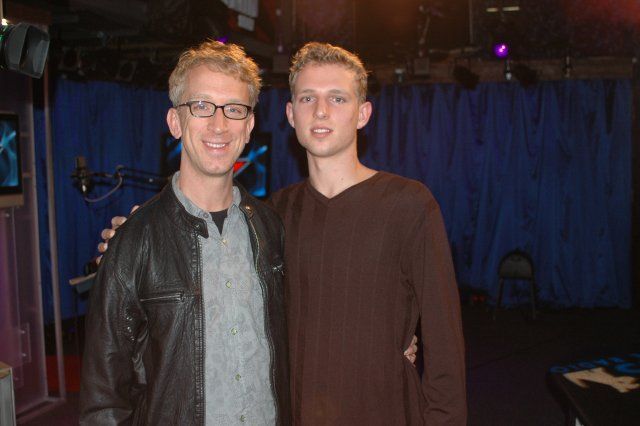 Howard said he was surprised Andy brought his 18-year-old son, Lucas, with him this morning, and had him come into the studio. Lucas mentioned he was “shocked” when he first learned about some of his dad’s habits, but that their relationship has gotten better over time. In fact, Lucas said he considered his father “a mentor,” and thanked him for everything he gave him. Lucas went on to say he wasn’t bothered when he sees his dad kissing men, because he figured that was “part of the package” with Andy.

Lucas said he used to smoke pot with Andy, who told the story about how he first found out his son smoked. Andy went on to recall he couldn’t really tell Lucas not to do the drug given his own past with it, although he tried it anyway. Andy added Lucas immediately responded by informing him that he did the drug as well, so he didn’t understand how he could insist he not try it.

After Andy said he told Lucas, as a deterrent, that his own drug and alcohol intake caused him to go to rehab seven times, he noted Lucas wasn’t satisfied with that answer either, so they ended up smoking marijuana together that afternoon. Lucas also said he was legally able to get medical marijuana because he was diagnosed an anorexic, even though he acknowledged he may not have the affliction any more.

Lucas acknowledged Andy wasn’t in his life much when he was growing up, although he admitted he didn’t want his dad coming to his sporting events when he was young. As Andy explained that he and Lucas had a good relationship now, remembering specifically the time he helped his son deal with the death of his cat, Fred played inspirational music, which caused Andy to laugh.

Howard played a clip that occurred right after the recent William Shatner Roast, of Andy making sexually explicit remarks to a New York Post reporter. Andy responded to the clip by reading a letter he wrote to the reporter, asking her, among other things, why she printed some of the quotes she did, explaining he was drunk and joking with her during their conversation. Andy then read a mean-spirited letter he wrote to Howard as well, where he jokingly criticized him for playing the tape when it was released months ago. 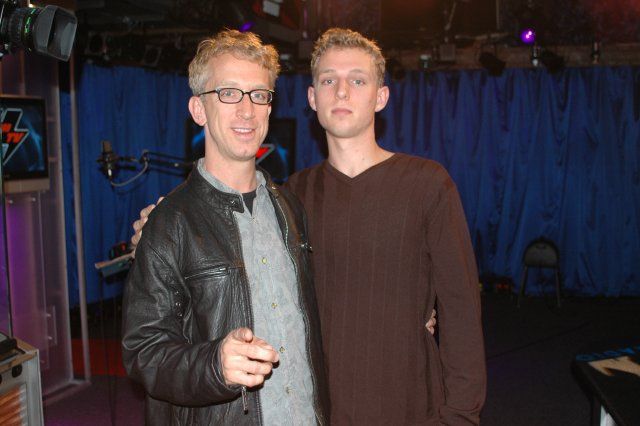 Howard asked Andy why he used the n-word several times during a Hurricane Katrina benefit, but he didn’t remember what he said exactly, although he did eventually recall the jokes. Andy added, though, that he was kidding when he made those comments, but no one in the crowd understood them and therefore booed him off the stage. Andy next said he was dating a 19-year-old girl, and Lucas admitted he had sex with her as well. Andy then noted he wasn’t mad at Lucas for his behavior, saying he didn’t have strong feelings for the woman, and that it made more sense for Lucas and her to be together given their ages.