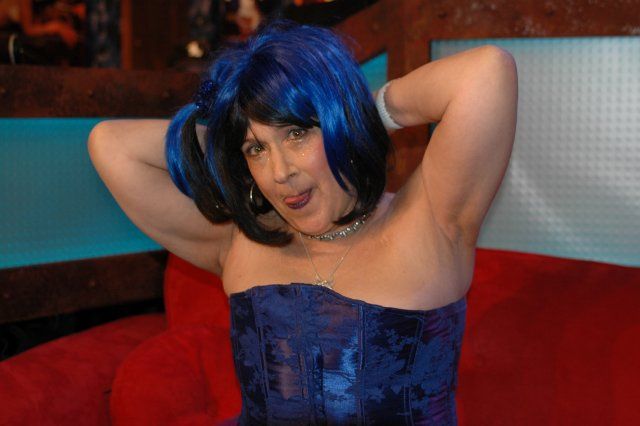 The show started with Howard playing a clip of Grover, the rapper who sums up each week’s broadcasts in song. When the tape was done, Howard got to a voicemail from one of Grover’s subjects: Suzanne “Underdog” Muldowney.

Howard then turned to Artie’s interview on Friday’s edition of the Wrap Up Show, where he agreed to make out with Blue Iris if the Yankees didn’t go further than the Mets in the playoffs. Since the Yankees lost and the Mets advanced to the next round, Artie admitted having to kiss Iris just “piled on the depression,” and that he might need to self medicate before the big day. Artie added he had to kiss Iris for 10 seconds, but insisted he didn’t have to use his tongue, as Howard said he did. Howard took a call from Iris, who acknowledged she was “excited” about kissing Artie. Although Artie was concerned about Iris’ hygiene, she assured him she showered and brushed her teeth everyday, and that his request to bring “chemicals” for her to wash out her mouth before their session wasn’t necessary.

Blue also acknowledged she hadn’t had any “contact” with a man as young as Artie “in a long, long time,” and mentioned she’d be able to get to New York as soon as Howard wanted her to do so. When Blue revealed she had a 73-year-old boyfriend named Blitz, Artie pointed out, as if having to kiss her wasn’t bad enough, he was now worried about making Blitz jealous.