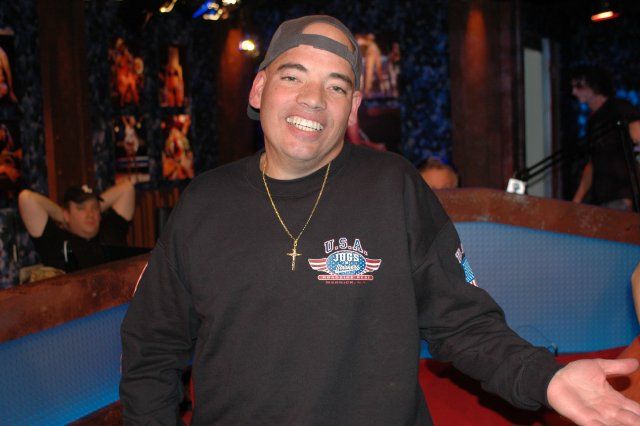 Crackhead Bob came into the studio and said he used to be a sponsor for recovering drug addicts. He then proceeded to ask staffer Artie Lange about his “pobbem.” although Bob noted he wanted to help, Artie responded Bob “grossed him out,” so he couldn’t talk to him about his former drug abuse. Bob then tried to get Artie to agree to accompany him to some of his substance abuse meetings, and Artie asked him for his number in case he ever “felt like getting high.” When Howard next pointed out he could barely read the phone number Bob wrote out, Bob replied, “Oh, come on!”

After playing old clips of Bob – including “his” prank calls to a Chinese restaurant and G. Gordon Liddy, as well as the time “he” impersonated a Russian nuclear scientist on “The Jack and Rod Show” – he asked Howard to “move on,” but added he didn’t really have a problem hearing the tapes. Bob went on to say he was “normal” before his stroke, and Gary Dell’Abate reported he tried to get a video of Bob taken at that time, but Bob’s sister hasn’t been able to find any.

Gary next asked Bob how old he was, and, after Bob handed him his license, announced he was 47. Bob also mentioned he laid rugs for a living, and Howard said Bob recovered from the first crack-induced stroke he had, but was in his present condition because he started using the drug again after that and suffered a second stroke as a result. When Bob commented he was losing weight in order to attract women, Howard asked him about his last relationship, which he said was more than five years ago. Bob then said his former girlfriend refused to let him be on the show, but, as he continued to talk about her, Howard stopped him because he didn’t understand what he was saying.

Bob announced he had brought a woman named Sophia, from the biker bar he makes appearances at, with him in the green room, and he wanted her to come into the studio. Although Howard argued he wasn’t prepared to talk to Sophia, he let her come in anyway, and immediately noted she had a large chest. Sophia then claimed her breasts were real, and advised Howard to Google her (Sophia Arden) if he wanted to see more of her. After seeing some naked pictures of Sophia, Gary speculated that her breasts were fake, but she still wouldn’t remove her shirt to prove him wrong. Sophia did say she would go out with Artie though, so he asked for her phone number, which she had no problem giving him. In fact, Sophia acknowledged she liked Artie so much that she’d let him discover just how “real” her breasts were for himself.