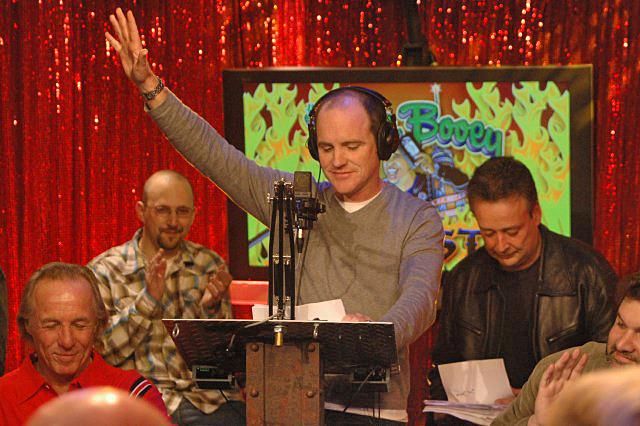 Greg Fitzsimmons was the third comedian on the dais, and he pointed out the roast was moving along more slowly than “the storyline in ‘Beer League,'” before telling Artie the difference between him and other heroin addicts was that most heroin addicts “lose weight and sell their expensive watches.” Greg then informed Jackie he knew “crack whores” who made better career decisions than him, while adding he would do better if his show was called “Joke Write” instead of “Joke Hunt.” Greg went on to say being on the roast was like being a guest on “Tough Crowd with Colin Quinn,” except “it’s funny and there’s a good host.” Greg then said Gary’s teeth looked like “a row of urinals at Shea stadium” before commenting he was “more whipped than Robin’s ancestors,” which got a big response from the audience.