Actress and model stops by the Stern Show 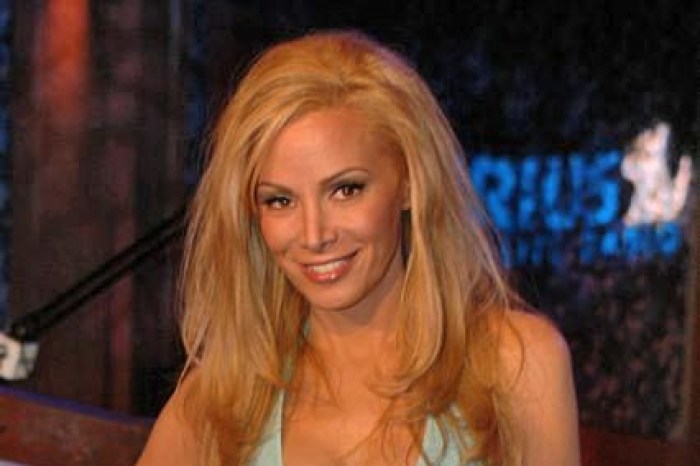 As Cindy Margolis made her way into the studio, Howard pointed out he felt she looked thinner than ever. Cindy, who’s in the current issue of Playboy, admitted she swore she’d never appear in the magazine, but added Hugh Hefner called her on her 40th birthday to request that she be in it, and she changed her mind.

Howard then noted Cindy’s pictures in the magazine were some of the best he’d ever seen in Playboy, and Robin agreed. However, when Howard pointed out he could’ve lived without Cindy’s “landing strip,” which Artie responded he liked the way the hair looked there. Cindy went on to say she has had “the same body” since she was in the sixth grade, noting her breasts were real, despite some moaning to the contrary by Fred. Cindy then acknowledged she wished she’d “been a slut” when she was young, saying she now wished she’d slept with some of the men – including Matt LeBlanc – who had propositioned her throughout the years. Cindy proceeded to claim she wasn’t wearing underwear this morning, but still flashed Howard her rear end when he requested the view. 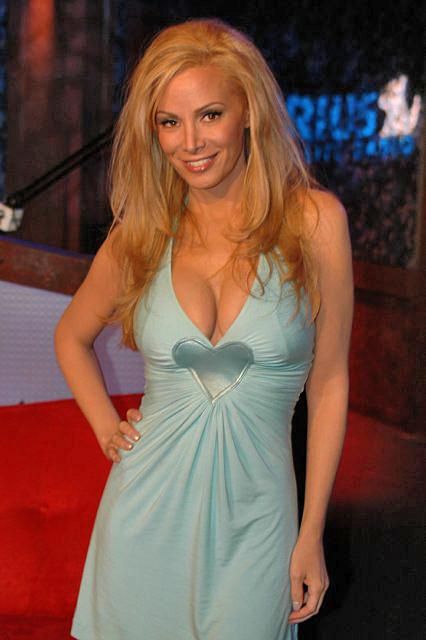 Howard noted Cindy turned down Playboy when she was the self-proclaimed “most downloaded woman on the internet,” but insisted the money she was paid this month was more than any offer she’d ever received. As Cindy went on to discuss how her shoot in Playboy raised money for infertility, Howard pointed out he was surprised someone with “that body” couldn’t have a baby. Cindy added her children were born through a surrogate mother, and that her embryos were placed inside the woman, which meant the children were biologically hers. Cindy also reported she and the surrogate were friends, and commented she earned $30,000 for having each of her kids.

After Cindy acknowledged she liked performing oral sex and “tossing salad,” she also said she had a colonic recently because of how infrequently she had been going to the bathroom. Cindy next mentioned she didn’t mind using her mouth on her husband’s backside because he was “completely shaved,” which Howard said he’d be interested in learning more about seeing as he wanted to be as clean as possible as well.

Cindy then claimed she’d only “tossed her husband’s salad,” but refused to swear on the lives of her children that the remark was true. When Cindy proceeded to report her husband dated Angie Everhart for a time, Howard responded he’d been with Angie too, and that she has said publicly that he was her best lover ever. Given this, Artie pointed out, technically speaking, that news meant Cindy and Howard have been together sexually. Howard then took some calls, including one from Ralph who commented the moral of Cindy’s story was that women should be willing to have more casual sex with men.

Cindy responded Ralph was right, but that she was faithful to her husband, despite getting some pleasure when men – especially younger ones – approached her. Cindy did add, though, that she hoped she’d be able to have sex with at least one more man besides her husband before she died. Before she left the studio, Cindy said she was in the city to sign copies of her Playboy issue at two events, and that she’d wear “an even sexier outfit” than the one she had on this morning at these signings.