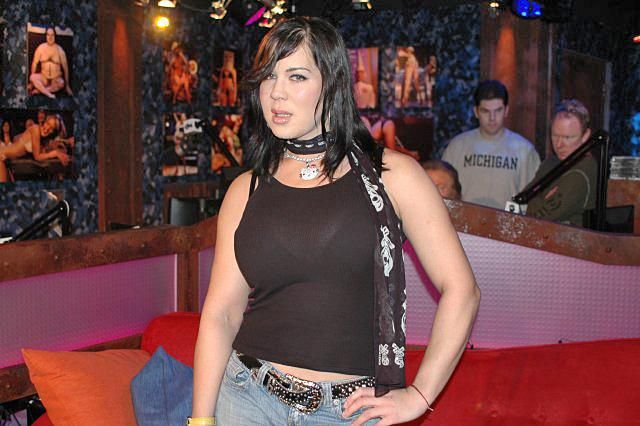 Joanie Laurer, who used to be known as, Chyna Doll, came into the studio and said she made more money being in Playboy than she did wrestling.

Joanie then noted she’d “evolved” from wrestling, and, instead of going back to the sport, wanted to focus her career on her music. Joanie went on to report she was in a band called Plastic Jones, although she added that, at 35, she’d just started learning to play the bass guitar.

Despite Howard’s assertion that he felt Joanie was taking up an instrument too late in life, she insisted he was wrong, adding she was also trying her hand at the keyboards as well.

However, when Howard tried to play Plastic Jones’ CD and it didn’t work, he pointed out Joanie should’ve taken it as “a sign,” but she laughed off his comment.