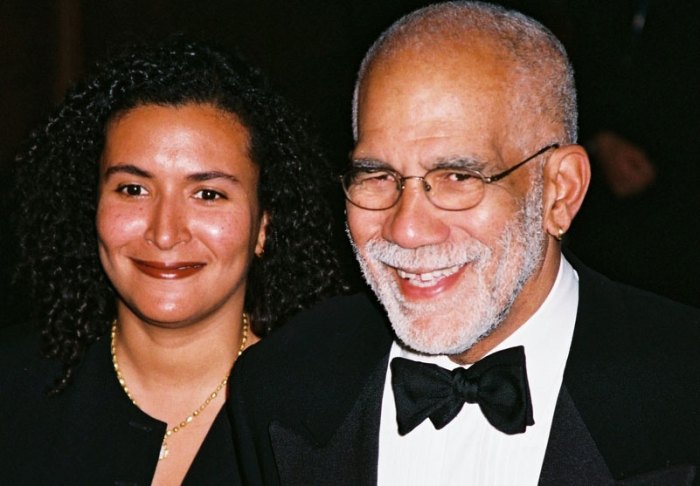 Howard brought up the fact that he attended Ed Bradley’s memorial service last week, and he didn’t really like the “sad” photograph of him that appeared in some newspapers. After Howard pointed out his expression in the picture was because he couldn’t find his car after the event, he mentioned he received a number of e-mails from fans who were critical of him for going to Ed’s service but not showing up to the wake of Gary’s father. Howard then took a call from a listener who asked him about that decision, and he responded if Beth hadn’t injured her foot prior to Gary’s father’s service, he would’ve gone to that as well.

Because Howard didn’t think Artie’s weight was funny anymore since it’d gone down, he turned back to Ed’s service. Howard reported Bill Cosby was one of the best speakers at the event, but that, because of the number of people who gave speeches, the service lasted over 2 hours. This led Howard to say the service took place at the church where Robin went for a brief time after she “found religion,” which he said was one of the phases she went through at the time. Howard also remembered Robin had taken out an ad in “Chocolate Singles” that year as well, which she admitted was true, even though she denied Howard’s claim that she actually corresponded with any of the men who responded to her ad.

Howard got back to Ed Bradley’s service, and mentioned the church was “massive” and that both he and Beth dressed up, especially because they’d heard people like Bill Clinton and Bill Cosby were going to be there. Howard then said while people like Diane Sawyer, Walter Cronkrite and even Gayle King weren’t stopped by the church’s usher and simply walked to the VIP section, he was approached by the man and taken to seats in the back beside “church-going ladies” and “a homeless man” with “dreadlocks and a ski jacket.” Despite his feelings about his and Beth’s seats – which Howard pointed out were so bad he had to watch much of the ceremony on monitors – he acknowledged he tried to remain calm out of respect for the event, even though he was “livid” about it inside.

While Howard continued to talk about how upset he was with the preferential treatment Gayle received, Robin replied she went to England for vacation, and she was informed by her driver what Oprah Winfrey did whenever she visited the country.