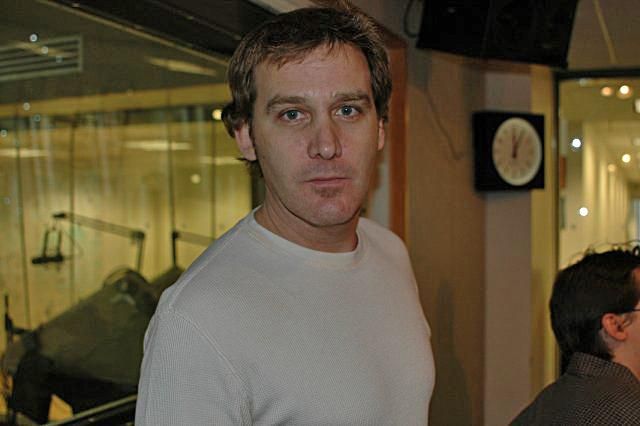 Jim Florentine came into the studio to talk about his recent breakup with his girlfriend. Howard mentioned he’d read Jim’s life was “spinning out of control,” and Jim admitted he was beginning to give into temptation more than ever before. Jim said his girlfriend used to bring home women for them to share, but she stopped doing that upon his suggestion, which he added made him get more flirtatious at the strip clubs he visited. Jim added his drinking got so bad that he had to quit that six weeks ago as well, and that he also started seeing a therapist to help him through his troubles as well.

Jim also pointed out visiting a therapist allowed him to become a better comic because he was now more open onstage. Jim went on to say he told his girlfriend he didn’t want to see her anymore, which was when they broke up. Jim added, though, that he and his girlfriend were still living together because they purchased their home as a couple, plus he didn’t want to turn his back on her. Artie responded he could relate to Jim’s plight, and mentioned getting attached “sneaks up” on some people, and that it “hits like a ton of bricks” when they realize they’re hooked.

Jim brought up the time he was molested when he was 14 at a wrestling match by a 40-year-old man who’d bought him the ticket. As Jim gave more details about the encounter with the man – which involved the man nibbling on Jim’s ears and asking him for kisses – Artie interrupted him to ask if he was joking and was saying these things to get him to start seeing a therapist. However, Jim assured Artie his revelation had nothing to do with him, and that what he was saying was the truth. Jim next talked about how he woke up one morning with the man in bed with him with his hand down Jim’s pants, and how his brothers beat the guy up after he told them about it.