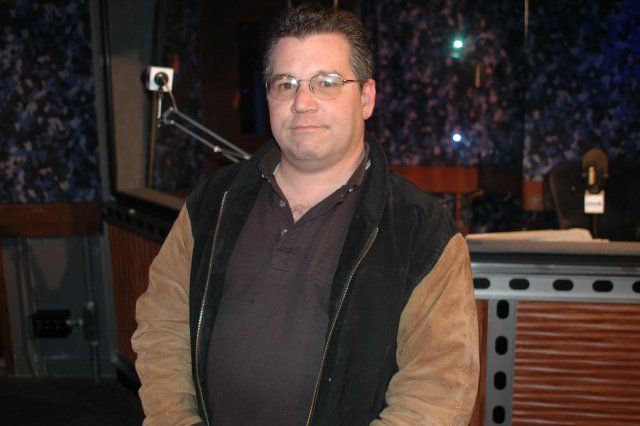 Captain Janks stopped by this morning, and Howard started his interview by playing one of Janks’ recent prank calls. In it, Janks, who identified himself as a police lieutenant, told a reporter on the air that two people had died in a train derailment after having been “tea-bagged by Howard Stern.” The reporter, though, kept asking Janks questions about the accident despite the fact that he mentioned Howard’s name in all his responses, and it got to the point where Janks asked the man if he was “stupid.”

In another clip, Janks called into “Sportscenter” as Steve Bartman, the fan who prevented the Chicago Cubs from winning a playoff game in 2003 after blocking the team’s left fielder from catching a fly ball. Janks, who said prior to the clip that he actually called Steve prior to getting on “Sportscenter” to get some details about his life, discussed in detail the events of that night, before asking the “Sportcenter” host, Dan Patrick, “Do you like Howard Stern’s butt cheese?” Upon hearing that, Dan admitted he’d “been had” and proceeded to pause before going to commercial. Howard played a few other calls Janks has made over the years, including one of him calling into a homework help line, and another of him claiming he was Bob Hope’s head writer and revealing that Hope had died after “choking on Howard Stern’s package.”