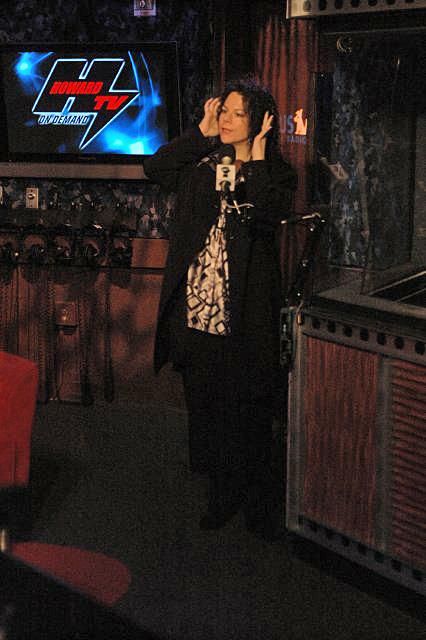 Howard read a letter Gary received from a woman named Susan, 40, whose wish was to meet him and take a photograph with him, and he welcomed her into the studio.

Susan reported she had gastric bypass surgery years ago when she weighed 265 pounds, and that she didn’t have loose skin now because she was able to keep up her exercise regimen after the procedure. Susan also said she was attracted to black men more than to men of any other race, and that she was “a loner.”

Because Susan wasn’t saying much, Howard informed her that he didn’t think she was “an interesting radio guest,” but added he’d still take a picture with her during the commercial break.

Susan then insisted she used toys on her male partners’ most private of areas, and Howard responded that activity meant her men were gay. However, Susan claimed Howard was “missing out,” and that she didn’t think touching a man back there said anything about his sexuality.

This led to a discussion about whether men should be willing to let women touch them “back there” during sex, and Artie responded he never would. Howard then admitted, though, that he didn’t mind it when women “rubbed” him back there, but added he “clenched up” the one time a girl tried to insert her finger there.

Howard proceeded to thank Susan for coming into the studio, although he admitted he was disappointed that she didn’t “cry or faint” during their encounter.