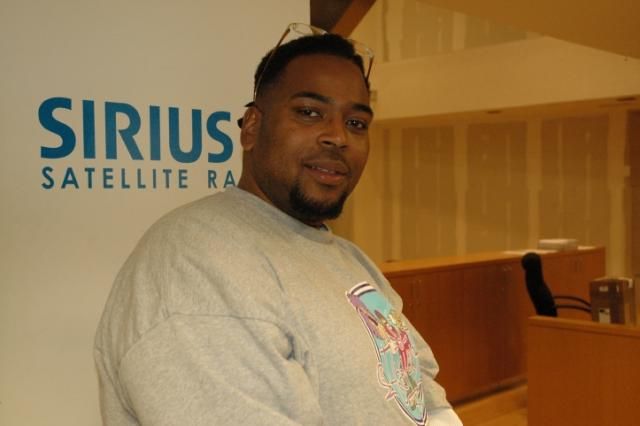 Before David left the studio, Howard took some calls for him. The first caller asked if Courtney “shaved the grundle,” and he responded she didn’t – fully.

David then discussed how he had to go to a fertility clinic to have a child with Courtney, and how she was in the waiting room when he “delivered” his “sample” for her. David went on to report doctors took his sperm and combined it with one of Courtney’s eggs, so their child was biological.

King of All Blacks was the next caller, and asked if David ever “had sex with his wife’s feet.” Which, once again, caused David to laugh in response, but he finally denied ever engaging in such a practice with Courtney. Another listener called in to see if David would sign his copy of “Buffy the Vampire Slayer,” which David starred in, but added that he’d like to have Courtney “rub her breasts against it” as well…causing Howard to hang up on him. Double A also got on the line and asked if David ever “spanked it off” to any of his sisters, but he responded he hadn’t.