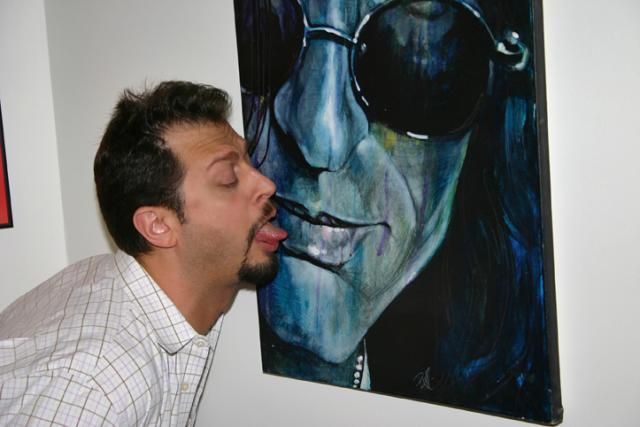 Howard played another clip from yesterday’s “Wrap Up Show,” this one of Sal claiming he couldn’t talk to Howard normally because he felt like he was always “wasting his time.”

When Sal came into the studio to admit he was being truthful in the segment, Howard told Sal he didn’t need to “constantly suck his ass,” and should instead talk to him like a normal person. Will then entered and reported Sal’s obsession with Howard was so strong that he analyzed the thank you card he’d gotten from Howard, and wondered if the fact that some of the words in it weren’t capitalized and lacked punctuation meant he didn’t care about him.

Upon hearing that, Howard acknowledged he liked it better when Sal ignored him, which he replied he’d do in the future. This led Howard to say he had an awkward relationship not just with Sal, but with Fred as well. In fact, Howard revealed he brought up Fred to his psychiatrist recently, who speculated that Fred “meant so much to him” that he couldn’t talk to him very often.